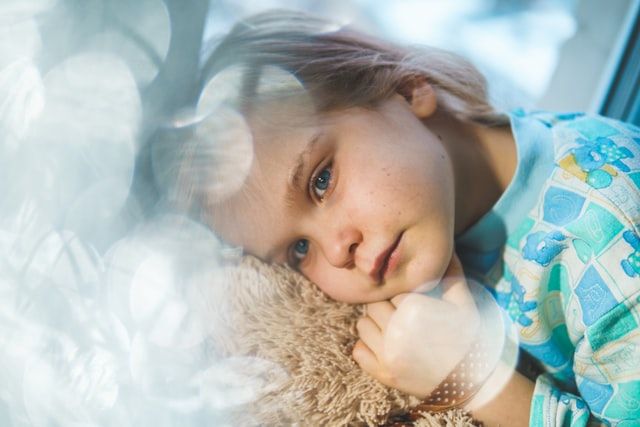 Polio Cases in the United States

If you have been following news headlines in recent weeks, you may have noticed more frequent references to a virus that you might have thought was all but eliminated in the U.S.: Poliovirus. Polio is a vaccine-preventable disease that has been eradicated in the United States for more than 40 years, according to the U.S. Centers for Disease Control and Prevention (CDC). However, the disease has recently resurfaced in an individual in Rockland County, New York, and wastewater monitoring has shown the continued presence of the virus in that community.

Here’s what you need to know about poliovirus, wastewater monitoring, polio vaccinations, the current resurgence of polio, and where to go from here.

Poliovirus is an enterovirus that causes the disease known as polio. It is spread through the oral-fecal route. Most people who get polio have no symptoms, which has historically allowed it to spread undetected. About 25% of people who contract poliovirus develop flu-like symptoms such as fever, GI problems, and body aches.

Symptomatic polio infection is hard to differentiate from the litany of other common viruses that cause these symptoms. However, the reason there has historically been such an emphasis on eliminating poliovirus through vaccines is that a small percentage (around 0.5%) of people who contract poliovirus go on to develop poliomyelitis, or acute flaccid paralysis, which can cause lifelong neurologic disability or even death due to respiratory failure.

What Is Wastewater Monitoring?

Wastewater data monitoring is a new public health tool implemented by the National Wastewater Surveillance System (NWSS). The CDC launched the NWSS in September 2020 to help it better monitor the spread of the SARS-CoV-2 virus. However, scientists soon realized that this revolutionary tool could help them track the activity levels of many other viruses within local communities.

This is because when people infected with a virus, they shed small amounts of it into their feces and, therefore, into a community’s wastewater collection system (assuming they are connected to public utilities). Scientists can sample this wastewater and track the presence of viruses, such as poliovirus, within a given community.

Poliovirus Vaccinations and Their Effectiveness

The inactivated poliovirus (IPV) vaccine is part of the routine childhood immunization schedule. It is a four-dose series that is typically administered at age 2 months, 4 months, 6 to 18 months, and on or after age 4, according to the CDC. The IPV vaccine provides excellent protection against poliovirus, with 99% protection against severe disease in those who receive at least three doses. The IPV vaccine has been the only vaccine against poliovirus that has been licensed in the United States since the year 2000. Before that, other poliovirus vaccines were also licensed.

Many older adults have received an oral dose of the poliovirus vaccine as children, and this should still confer immunity. However, oral polio vaccines have not been used in the United States since 2000 because there is a small chance (estimated at one in a million) that an unvaccinated person could contract paralytic polio from an individual who has been vaccinated with the oral polio vaccine. This oral vaccine is cheaper, and it is still used in other countries around the world.

What Is Known About the Resurgence of the Poliovirus

This means that the infection was contracted from someone who had received an oral poliovirus vaccine—likely a visiting individual from another country. Officials have continued to detect the virus in the wastewater since this individual was identified, which means that there is a sustained transmission of poliovirus within the individual’s community.

There are two important things to note about this finding of vaccine-derived poliovirus in wastewater in New York. First, this poses a risk to unvaccinated individuals, which is why it is so important for people who are unvaccinated or not fully vaccinated against polio to get up to date immediately. The second important thing to note is that trace amounts of vaccine-derived poliovirus do not pose a severe risk to vaccinated people. The polio vaccine is highly effective at protecting people from cases of poliomyelitis.

Where to Go From Here

Public health officials in New York are on high alert about making sure that unvaccinated individuals get caught up to reduce their risk of contracting polio. A large polio outbreak is unlikely because most people in the United States have substantial immunity. However, spreading awareness about the importance of vaccination is critical to protecting unvaccinated or immunosuppressed populations. The polio vaccine coverage for children less than 2 years old in Rockland County is only 60%, according to the CDC’s report.

For more in-depth information about the case that was recently reported by the CDC, you can check out the full report, here. To learn more about poliovirus and its current state around the world, check out this information from the Global Polio Eradication Initiative.

[2] Polio vaccination: What Everyone Should Know. https://www.cdc.gov/vaccines/vpd/polio/public/

[4] Is Polio Making a Comeback? https://medicine.yale.edu/news-article/is-polio-making-a-comeback/

[6] Public Health Response to a Case of Paralytic Poliomyelitis in an Unvaccinated Person and Detection of Poliovirus in Wastewater — New York, June–August 2022. https://www.cdc.gov/mmwr/volumes/71/wr/mm7133e2.htm