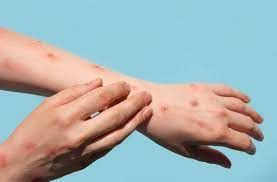 Monkeypox is the latest virus getting the attention of people around the globe. The World Health Organization (WHO) is holding a forum looking at renaming monkeypox after some say that the name is derogatory and/or has a racist connotation.

Read on to learn more about the status of the renaming of Monkeypox.

Criticism of the Name Monkeypox

The monkeypox virus was discovered in 1951 before the practices for naming diseases, and viruses were adopted. At the time that the virus was named, it was done so according to the region in which the virus was circulating, which is why the name is currently being criticized, as some say that this encourages discrimination in the region or is misleading in general.

So, why is it helpful to avoid naming viruses after the region in which they are discovered? While this naming process may initially seem helpful, naming diseases after geographical locations often impact the local culture and community. And in some cases, the connection proves to be inaccurate.

This has been seen throughout history with the Marburg virus not originating in Germany and the West Nile virus not being restricted to Africa. The people who live in these regions after which the viruses are named, and the economy of these regions can be greatly impacted by this naming process. Past Monkeypox strains have been named based on geographical regions, such as the Central African and the West African strains.

Another criticism of the name Monkeypox is that experts believe it is misleading for people as they don’t think that they are at risk for several reasons. One reason is that some people associate it with “monkeys,” and another is because people don’t know who is most at risk of contracting the virus. Because there has been more prevalence of Monkeypox within the homosexual community, many individuals who are heterosexual believe that they can’t get the virus, when this is not true.

While the naming of the new Monkeypox virus is significant, it is more important to realize the signs and symptoms in case you come into contact with someone with Monkeypox. It is a virus that can spread to anyone through close, personal contact, and symptoms usually present as a rash. If you believe you may have contracted Monkeypox, it is important to seek immediate care.

Updates on Renaming the Disease

The current best practice, according to the World Health Organization, when it comes to the naming of diseases and viruses, is that they should be given names to avoid offense to cultural, social, national, regional, professional, or ethnic groups, as well as avoiding the affecting of the inner workings of countries trades and travels.

The use of Roman numerals is appropriate, as it is a uniform way of naming that allows for consistency and regularity without indication of geographical region. Using Roman numerals allows for the use of subsections as outbreaks and viruses evolve. While these two past strands of Monkeypox have been renamed, the current strand’s name is still up in the air.

Often, diseases are named by a technical committee; however, the WHO has decided to open this process up to the public. People can submit names as alternatives for Monkeypox. One of the more popular submissions thus far is “Mpox,” which removes the monkey component and focuses more on the viral component.

This renaming process is mandated by the International Classification of Diseases, which is the organization that has already renamed the other Monkeypox strands, making them Roman numeral-based, as explained above. The WHO stated that they will review the proposals for the new Monkeypox virus and decide on one name based on the scientific validity, the acceptability of the name, pronounceability, and whether or not it can be used across various languages.

Overall, the new Monkeypox virus is on its way to being more appropriately renamed, which will have many positive effects on the situation at large.