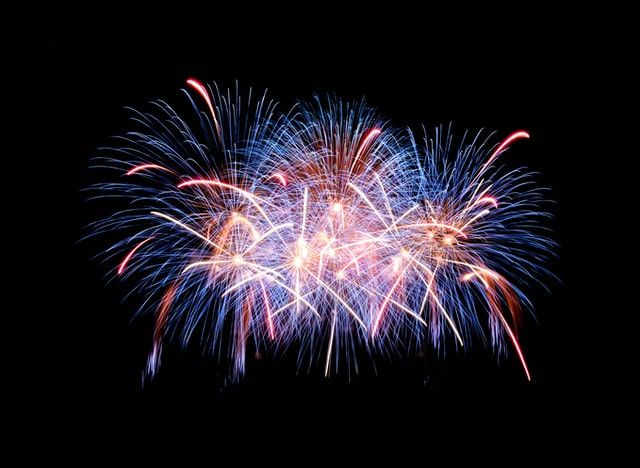 I bet if you asked people what they like best about July 4, they would say the fireworks. Beautiful explosions of crackling light across the pitch-black sky—what’s not to love? But don't let the beauty fool you: launching fireworks is extremely dangerous, and many precautions must be followed to prevent injury.

Launching fireworks is so dangerous that federal and state laws are in place to help reduce the chance of getting hurt through regulations and licensure.

First, let's look at some stats about the number of firework accidents.

A U.S. Consumer Product Safety Commission analysis found that 18 people died in non-occupational fireworks incidents in the United States in 2020, an increase of 12 deaths recorded in 2019. Between 2005 and 2020, there were 136 deaths from fireworks misuse or 8.5 deaths on average each year.

The report states that 15,600 people were treated in U.S. emergency rooms due to non-occupational fireworks injuries in the U.S. last year compared to around 10,000 in 2019.

66 percent of all fireworks injuries in 2020 occurred around the Fourth of July period, documented between June 21 and July 21. The main culprits were firecrackers and sparklers.

During that time frame, hands/fingers accounted for the highest proportion of body part injuries at 30 percent, followed by the head, face, or ear at 22 percent while eyes came third with 15 percent. In terms of the type of injury, burns were the most frequent diagnosis by far at 44 percent, while contusions/lacerations and fractures/sprains were also relatively common. Of those injured, the majority were men and between the ages of 25 and 44. Young adults between the ages of 20 and 24 were the most likely to be injured.

To help prevent injuries from fireworks-related incidents, the U.S. Consumer Product Safety Commission (CPSC) enforces federal laws that prohibit the sale of the most dangerous types of fireworks to consumers.

In March of 1997, a new CPSC standard that bans large, unstable, multiple-tube fireworks took effect. This standard is designed to eliminate the deadly tip-over hazard that has killed two innocent bystanders, including a 3-year-old-boy, at family celebrations.

Today, some or all consumer fireworks are legal for purchase in 46 states, Washington, D.C., and Puerto Rico. Ohio, Vermont, and Illinois only allow the purchase of sparklers and other novelty-type fireworks, and Massachusetts does not permit the sale of fireworks at all.

Fireworks Safety Tips: If You Choose To Use Legal Fireworks

If consumer fireworks are legal to buy where you live and you choose to use them, be sure to follow the following safety tips:

The laws and regulations on firework safety discussed above are designed to help keep you safe. Also, if you follow the safety tips, you’ll be in good shape to enjoy your fireworks show. And you will reduce your chance of becoming a statistic.

Chart: The Dark Side Of Independence Day | Statista